During the set-up of a concert stage in the Silverdome stadium in Pontiac, Michigan, 10 workers narrowly escaped death as tons of sound, lighting, drapes, scenery, and trussing collapsed.  Emergency responders from the Pontiac Fire Department were called to the Silverdome around 4:30 p.m. Saturday, June 19th, 2010, before the show started.  The initial call indicated that the domed roof had collapsed, but upon arrival they found that the concert staging framework had caved-in.  Workers recall seeing trusses being hoisted that appeared to be overloaded just be for the mayhem broke loose.  Two workers spent the night on a local hospital for observation. 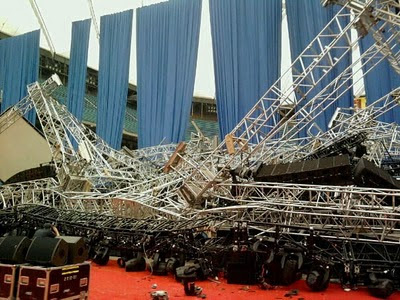 There was no damage to the concert facility as the collapsed rigging was ground supported.  The concert was to be A R Rahman's Jai Ho Concert: The Journey Home World Tour.  Rahamn is best known for his musical score for the movie Slumdog Millionaire.

The concert was cancelled and will be rescheduled.  OSHA was on-site almost immediately to assess the damage and determine the cause of the accident.  With over 150 workers on or near the stage at the time of the collapse, it took some time to determine if anyone was buried under the tangle of wrecked scenery.

The summer tour season is a busy time of year for many stage hands, so for all of you out there bustin' your butt to make a living - keep a close watch on your co-workers and guests.  Don't hesitate to recognize potential hazards and notify the proper authorities if you see unsafe conditions.  Your life depends on it!

Posted by Erich Friend at 9:04 PM No comments:

CANCELLED: ISETSA 2nd National Congress on Health and Safety for the Performing Arts in the Secondary Schools

UPDATE 2010-06-22 - We are sorry to learn that the ISETSA 2nd National Congress on Health and Safety for the Performing Arts in the Secondary Schools has been cancelled due to lack of advance registration.  If you want to see more programs like this presented, then you have to support them by actually going to them.  Please keep in touch with Tim Catlett and let him know what part of the country you are in and what kind of programs you would like to see in the future.

Shades so dark, you don't even know my name 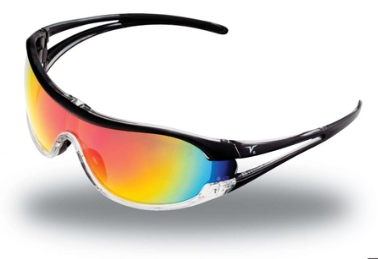 Veratti V6 from EnconSafety.com
Eyeballs.  You get one set for life.  No spares.  No back-up.  No mistakes.  Treat them like you can't live without 'em (well you can, but it sure isn't easy).

Thinkaboutit:  Flying nails, staples, loose ends on wire rope, crud spewing from saws, drills, planners, weed whackers . . . and that's the stuf you can predict.  What about that joker foolin' around with the stick?  Or worse.  get some safety glasses and wear them  Sittin' on top of your head may keep your date book full, but what good is that if you can't see if they are cute or dog food?
Look for products that meet or exceed ANSI Z87 and CSA Z94 standards.
Posted by Erich Friend at 9:30 AM No comments:

'Paint it black' isn't just a song by the Rolling Stones 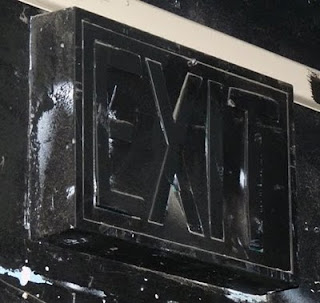 Dontcha just hate those glaring  EXIT  signs?  Some director's sure do.  They'll go so far as having the stage crew cover them up, or better yet:  Paint over them!

This is a great way to get a big fat fine from your Fire Marshal or the AHJ (Authority Having Jurisdiction), as it is an obvious deliberate act.

While we're on the subject of  EXIT  signs, it is important that you file a written request for repairs whenever you find them damaged or otherwise disfunctional.  Common problems with  EXIT  signs are:

Posted by Erich Friend at 7:02 PM No comments:

Loading docks can be very hazardous places.  Working backstage at load-in or strike can be dangerous for a variety of reasons, and the risk shouldn't be ignored.  Loading areas are categorized as 'Material Handling Areas" and operations should be conducted in the context of a warehousing or factory environment.  OSHA has a large portion of their web site devoted to materials handling environments and it's worth a look.

Hazards include:
The folks at Rite-Hite (http://www.righthite.com/) have solutions for many of these issues.  Need a dock light and can't get funding?  Play the GREEN cards (not the imigrant worker card, the other GREEN ones - Energy Savings and Safety. 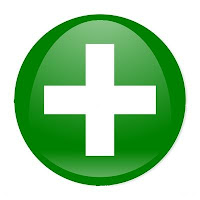 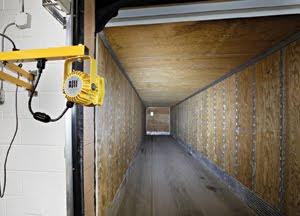 Just how do you get out of here?

Burnt to a crisp.  Not Good.  Bad JuJu.  Learn how to recognize Electrical Hazards and work safely around them. NFPA 70E Safety in the Electrical Workplace requires personnel training for anyone that works on electrical power.  Arc Flash events occur very rapidly and if you are caught in the plasma blast you can be seriously injured, burnt, or killed.  Learn about the proper Personal Protective Equipment (PPE) needed to do the job.  Think this doesn't apply to you?  Think again.  Dimmer Racks / Panels and Motor Control Centers (MCC) for Orchestra Lifts and Automated Stage Rigging Winches can have very large Voltage and Amperage power services, as do Road Show Disconnect Panels. 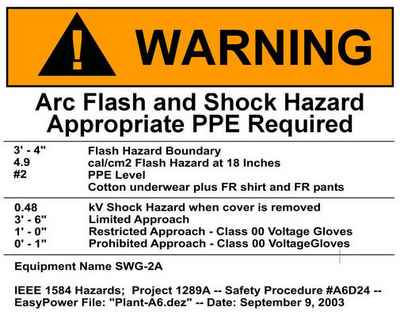 Example of an Arc Flash Warning Label
Note: Each label is custom made to match the requirements of the device to which it is attached.
If you don't see a label similar to this on your equipment, find-out why it isn't there.
Free is good.  Find-out more at: AVO Training Institute:  http://www.electricalpowerengineering.com/avo-arc-flash-hazard-analysis-seminar.php

Dance the night away - but not your life.

Keeping, building, or replacing your stage floor so that it is properly sprung, free of cracks, splinters, protruding screw / nail / staple heads, and other little things that can cause serious injuries to dancers and actors should be a continuous process.  Keep the stage swept and clear of debris, watch for discontinuities between adjacent panel edges, floor pocket lids that don't close properly, are missing, or where the entire lid is not installed flush to the surrounding floor area.  Also watch for wall plates installed on floors and loose trim strips that join adjacent flooring areas. 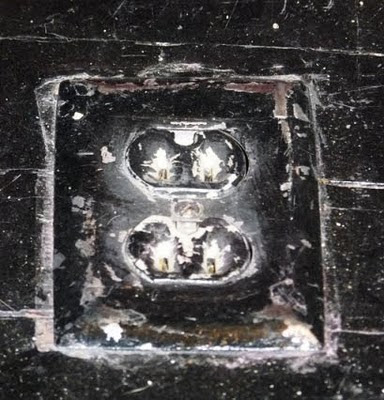 If your stage floor is not sprung, then it should be a priority to have it replaced with a properly constructed floor that will work for your productions, dance, and other general uses.  There are many ways to construct floors that will last and be functional, so enlisting an expert (like a Theatre Consultant) that has experience in this area can be very helpful.  There are many possible materials to be used, and each has advantages and drawbacks.  Knowing what works, and what doesn't, can save money and injuries.

Another dangerous item on stage is old footlight troughs.  If they are not locked and you step on them, or maybe set a scaffoding leg or man-lift outrigger on them, they can fail or flip-over.  Equipment and people can topple and cause major injuries and damage.  This blogger knows of at least one dance instructor that had a career-ending spiral break of the leg bones that left them out of work for months and will never be able to dance professionally again.  That's serious stuff!

Arena Rigging App for the iPhone 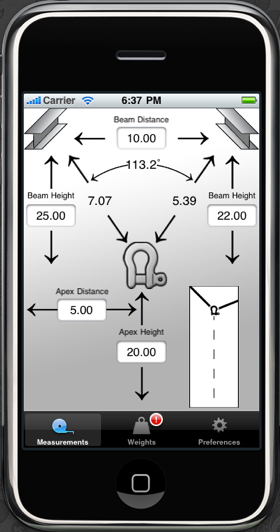 OK, you can use it other places you need a bridle, too (except horseback riding).  It's still handy, just as long as you use it on the ground and don't try to use your iPhone while straddling an iBeam.  Keep that loose stuff ON THE GROUND!  It's also handy for checking your ability to do these calculations IBM -(It's Better Manually) for the ETCP Rigging Tests.

Where to get it:  http://www.bridleapp.com/ 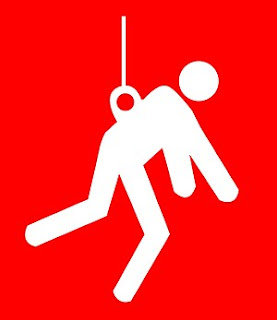 Every once in awhile you come across a really good training site that has good FREE info.  The Miller Fall Protection web site is one of these.  Go to:  www.millerfallprotection.com/training and take a break and watch the webinar you'll find under "Free ANSI Standards Training Video".  It's well preseted and has the facts organized.
Posted by Erich Friend at 8:27 AM 2 comments: