Nanning, China 2015-10-29 - China News reports that during the construction of the stage for an upcoming Jolin Tsai concert the ground supported stage truss system collapsed.  On worker was killed, and 13 other were injured.  On of the injured is in serious condition, while the others only suffered minor injuries.

The incident occurred around 5PM local time at the Guangxi Sports Center Arena.

Deconstructing a tangled web of steel, aluminum, and stretched cables is a dangerous endeavor - stress in materials can create booby-traps due to spring loading and fractures in components that have not yet fully failed.  Hopefully, the workers doing this are planning their work carefully.

Also note that only three of the workers in the pictures are wearing hardhats.  It is unclear, but likely, that safety shoes are not worn in this construction environment.  Few workers appear to be wearing bright colored clothes, which makes it more difficult to spot staff and avoid collisions.  All of these factors can contribute to further injuries.

This is particularly relevant as this Blogger is scheduled to address the China Stage Design Exhibition in Beijing on November 26th-29th to discuss the development of an Entertainment Safety Initiative similar to the US lead Event Safety Guide developed by the Event Safety Alliance. 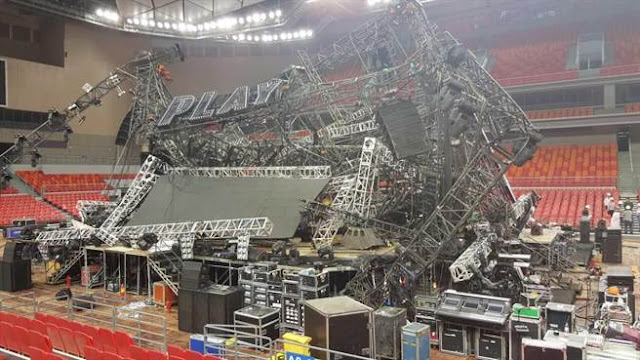 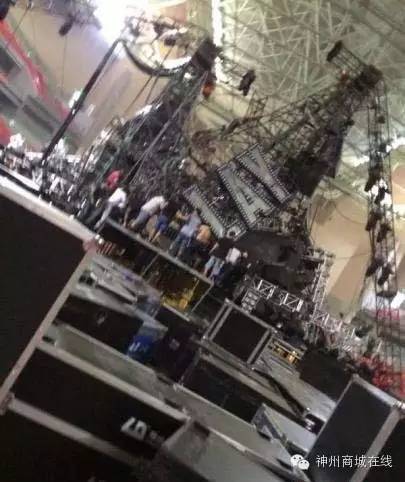